Impacts of YOUR Support – Spring 2018 Newsletter 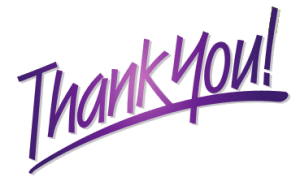 When you partner with Streets Alive Mission you do so much! Your gifts of time volunteering, your prayers, your donations of clothes and groceries, and your financial gifts have an enormous effect that is felt throughout the Mission, and out into the streets of Lethbridge.

We often wonder if a donor like YOU really understands just how impactful every show of support is.

Whether you attend an event or respond to a media outreach, each time we have the privilege of interacting with you the impact is immediate and ripples through the entire organization. Your kindness and support touches every client, every volunteer and every staff member in ways which are difficult to express in written word. 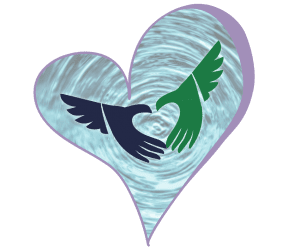 When you show that you care about them, it is a message they hear loud and clear. Our clients often feel powerless to show their appreciation for all that you do.

To you, purchasing a ticket or dropping off some socks may not feel like a big thing but the power of that act is huge!!

Just like a pebble dropped into a still lake, the ripples created reach deep into the hearts of everyone associated with Streets Alive Mission. That ripple effect continues to spread and is monumental in its impact.

THANK YOU!!!
You have done it again!!

Thank you seems inadequate for all the people who once again showered Streets Alive Mission with love and laughter at the 7th Annual Coldest Night of the Year walk. Your enthusiasm and hard work made for the most successful CNOY to date!

Thank you to everyone who walked, collected pledges, volunteered and to our amazing sponsors!

Everyone who had a part in Coldest Night of the Year 2018 has made a huge impact on the number of people Streets Alive Mission will be able to serve! The money raised from CNOY supports a variety of programs at the Mission:

These programs will all benefit from the funds raised at CNOY. That means you are directly responsible for people being fed, clothed and loved because of what you have done by participating.

Thank you so very much!! We are humbled by your kindness and your support.

Because you walked… we’re running! 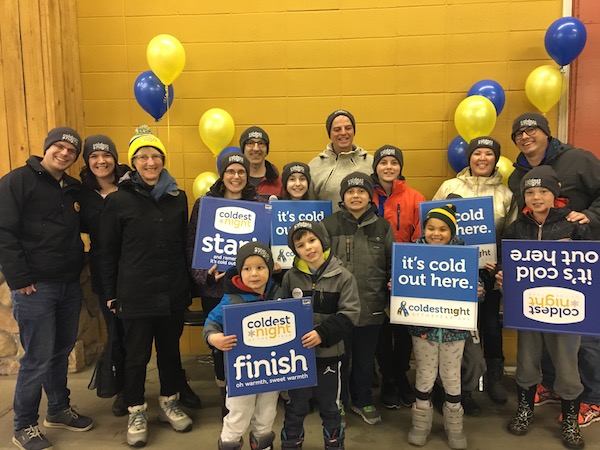 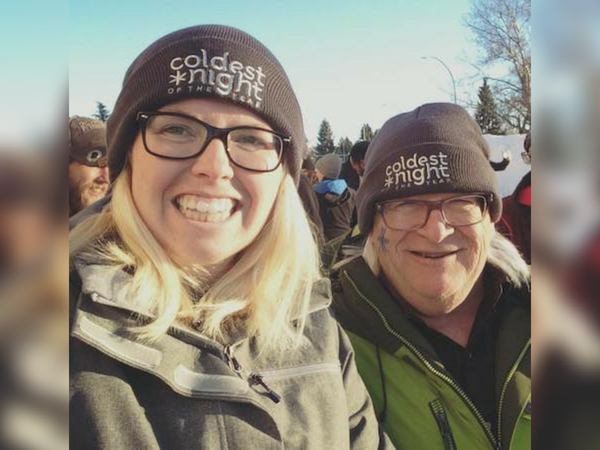 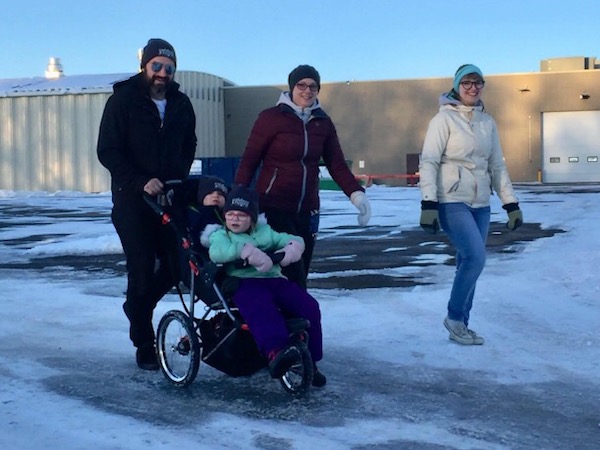 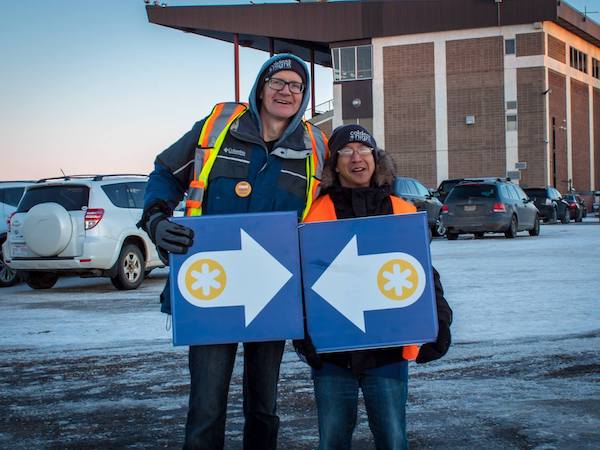 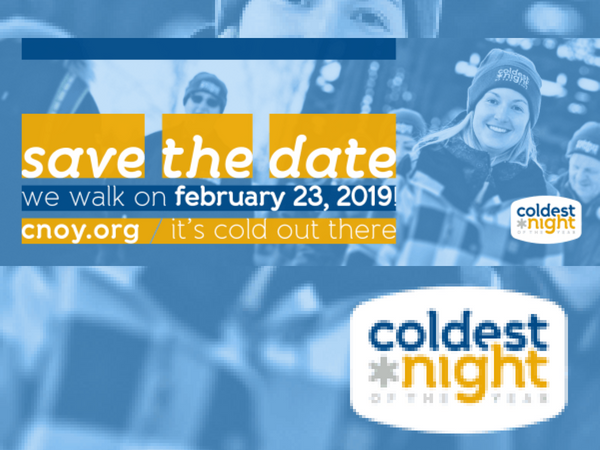 Clothes will be takin' a bath!

Many folks are unaware that Streets Alive Mission operates a Clothing Exchange.

Clients are able to access clean, gently worn clothing at the Mission and change out of their dirty clothes. Those dirty clothes are then laundered and put back into circulation.

Not a big deal…… wanna bet?

The laundry room at the Mission recently received a much-needed upgrade to help keep up with the volume.

100% of this $25 000+ renovation project has been raised/donated by YOU, our amazing family of supporters.

We can not thank you enough for not only initiating this project but for so overwhelmingly supporting it!!

Thank you all so much for caring about something as simple as our ability to do laundry, and your understanding of just how important that is.

As the scent of laundry soap wafts up the stairs from the PIN Bank into the rest of the Mission, we are all so very grateful! THANK YOU! 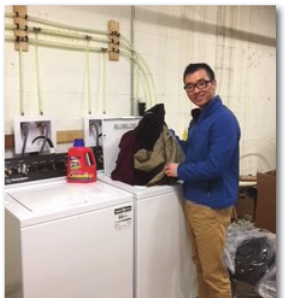 Seongin (pronounced “sun-YIN”) is a man of few words, but that smile speaks volumes!! He could barely wait to fill these machines with laundry.

The Opioid Crisis - The Facts

Southern Alberta is in the grips of a serious opioid crisis with deaths from overdoses almost daily.

Opioids are a diverse class of moderately strong painkillers, including oxycodone (commonly sold under the trade names OxyContin and Percocet), hydrocodone (Vicodin), and a very strong painkiller, Fentanyl, which is synthesized to resemble other opiates such as opium-derived morphine and heroin.

The potency and availability of these substances, despite their high risk of addiction and overdose, have made them popular both as formal medical treatments and as recreational drugs.

Unfortunately, these medications are sold illegally on the street.  Street drugs available are often considered “dirty” drugs, which means they are not in the pure form, but are often laced in combination or with additives to make the “drug” go further.

All of these drugs – pure or dirty – are highly addictive.

Due to their sedative effects on the part of the brain which regulates breathing, opioids in high doses present the potential for respiratory depression, and may cause respiratory failure and death.

Today’s addicts are being sucked into the vortex of opioid use, usually to deflect or mute the person’s feelings of pain, rejection and inadequacy from some trauma.

What is Streets Alive Mission’s response to the opioid crisis?

It is the same as it has always been…Jesus.

The government’s (civic, provincial and federal) response is harm reduction.

Harm reduction is allowing an individual to continue with their addiction, but providing facilities, supplies and other supports to keep people as safe as possible while reducing the risk of overdose.

Complete Recovery is the Answer

While Streets Alive Mission agrees with harm reduction, we believe that complete recovery is the only real answer.

For the addict to be free, they need to stop using.

To stop using, they need to be healed from the trauma that has led to the addiction.

To be healed, they need a relationship with the Healer – Jesus Christ.

While our response continues to be the same, the urgency created by the opioid crisis which is currently killing people so quickly, dictates the need for us to up our game.

What’s needed are faith-based treatment programs that promote abstinence, recovery and healing, and they are needed now!

Streets Alive Mission is actively developing comprehensive, Christ-centered recovery programs for women and men in addition to our ongoing battle against poverty.

Your support can make the difference!

Streets Alive Mission’s ability to effect change in these lives is only restricted by the funds available to us to use toward life-recovery programs.

Thank you for joining us at the inaugural Sapphire Benefit Dinner! It was wonderful to get to visit with so many of you as we shared the plans we have for the future of Streets Alive Mission!

Your support has made it possible to move ahead sooner than we expected with new recovery programs that will provide the 24-hour support necessary for people trying to recover their lives!

The new level I Segue home for women opened April 23 and plans continue to develop a similar program for men!

Without you, faith-based, residential recovery programs would still just be on the wish list. Your amazing support has enabled us to achieve what for many years, has been a dream!

Additional programming for street-level support and community is developing as we speak, to help move people from the street life into a position of growth that will help them move into recovery. Thank you so much!!! 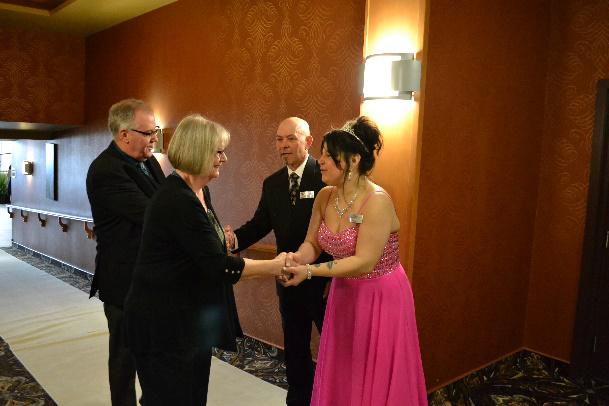 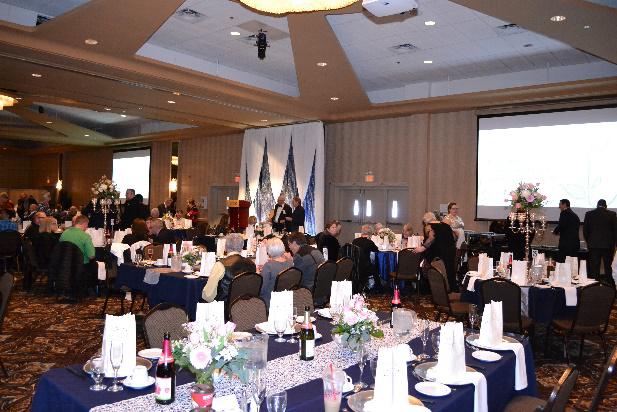 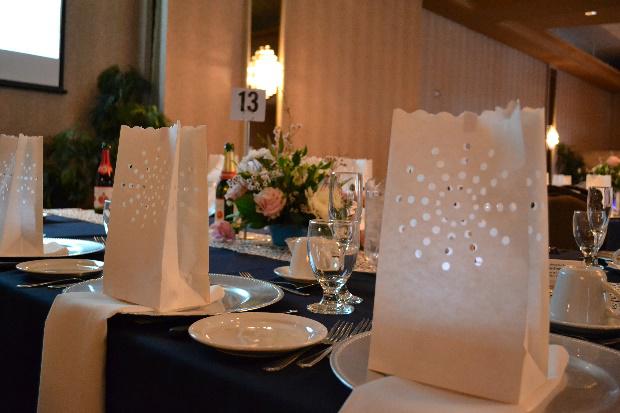 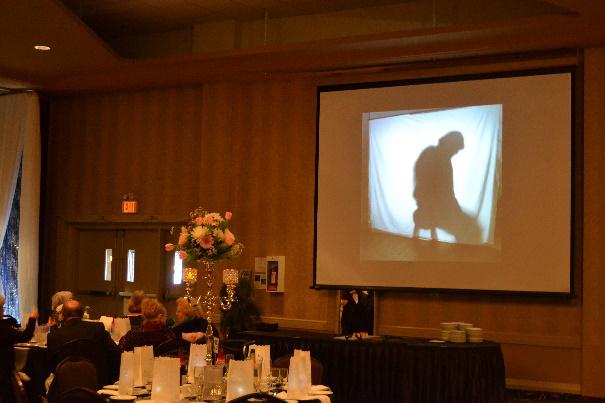 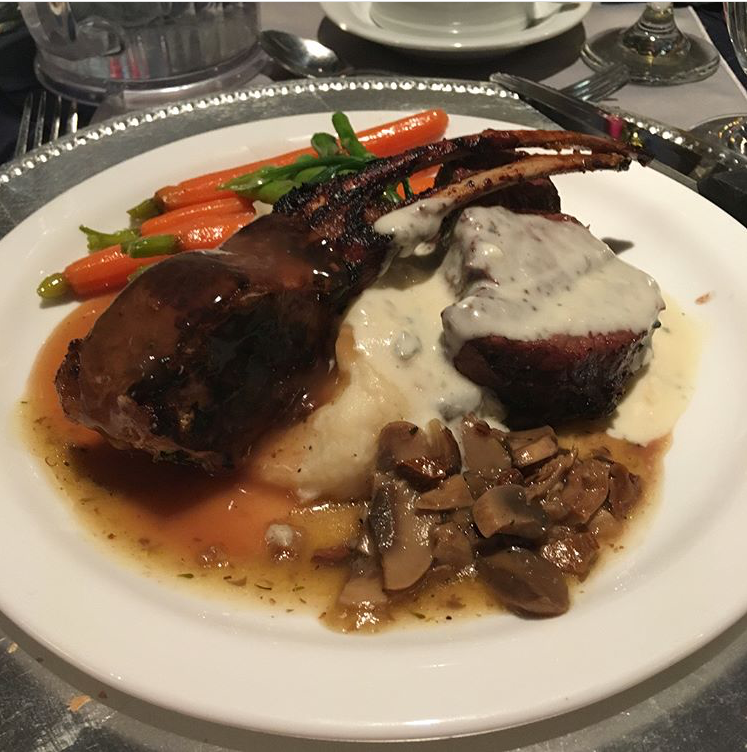 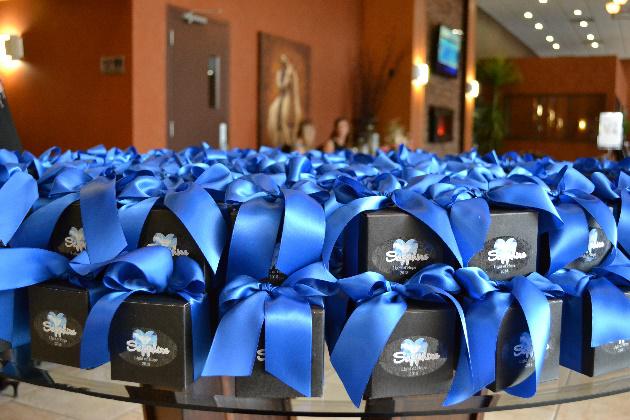 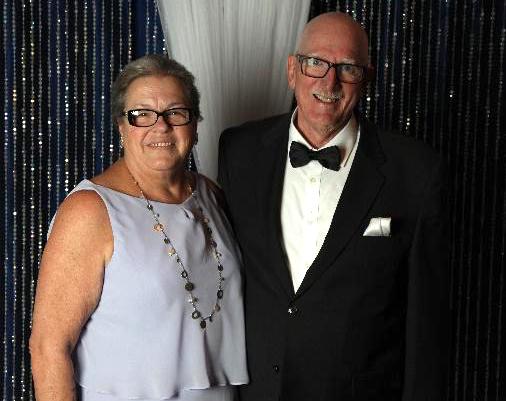 We are excited to share with our key supporters and business community how Streets Alive Mission is growing and meeting the needs of our Community!

Please join us for our annual Pulse Breakfast

Come take a tour, meet our staff and have any questions you may have about our programs answered! We look forward to meeting with you!

This event is completely sponsored and will be prepared by our Staff so there will be no extra cost to the Mission.

Have a Wing Ding of a good time with us while supporting essential life-recovery programs at the Mission,
and helping bring HOPE to those in need.

We all know that saving just a little every month can add up to a whole bunch given time and discipline. The same is true for Streets Alive Mission.

Our monthly sustainers program gives the Mission a steady stream of funds that we know will be there to help in the day to day operations.

Our monthly donor program is a foundational support program and we are so blessed to have so many of you actively participating in it!

Thank you so much!

As Streets Alive Mission continues to grow at this rapid rate, having an increase in the number of sustainers is also critical.

If you have not yet thought about becoming a sustainer, we invite you to consider this….

The monthly difference to you is less than $10, but that extra $100 in a year is a big deal at Streets Alive Mission.

A small increase in giving truly makes a large and direct impact!

Thank you for considering becoming a sustainer… we appreciate all of you so much!

If you would like to receive future newsletters via email, please subscribe to our Streets Alive Mission Newsletter.

In general, we only send seasonal newsletters, up to 5 times a year. We may send up to 1 e-Newsletter per month. We want to ensure that you get the information you need, without any extra fluff or an annoying number of messages!

We respect your privacy and adhere to the Canadian Anti-Spam Legislation to protect your information, and you can easily unsubscribe at any time. If you can’t see this subscription option in your email, click Streets Alive Mission eNewsletter Sign Up to visit the signup page on the site directly.